Guitarist and composer Frédéric Maurin has been appointed Artistic Director of the ONJ for the next four years. His project follows that of Olivier Benoit, whose ONJ mandate ends in December 2018.

Last June 29th at a meeting of the ONJ Council, a jury equally representing Council members, and open to other personalities from cultural spheres, voted in favour of the candidacy of Frédéric Maurin.

In accordance with the requirements specified by the ONJ, the new Artistic Director had conceived an ambitious, wide-ranging, artistic and cultural project for the orchestra, whose duty it is, through an active policy of commissioned and collaborative works, to represent the creative diversity of today’s music and bring a particular focus to different generations and the parity between men and women. The project was also to involve several disciplines, with each programme favouring experiments in forms and formats, by means of an orchestra that could vary in size and would attach itself strongly to regional aspects, thanks to referential venues and diverse associated structures. The new Artistic Director’s project would thereby achieve works that integrated musical creation and education, together with its diffusion, at artistic and cultural levels.

The details and new orientations of Frédéric Maurin’s project will be presented in the autumn of 2018. 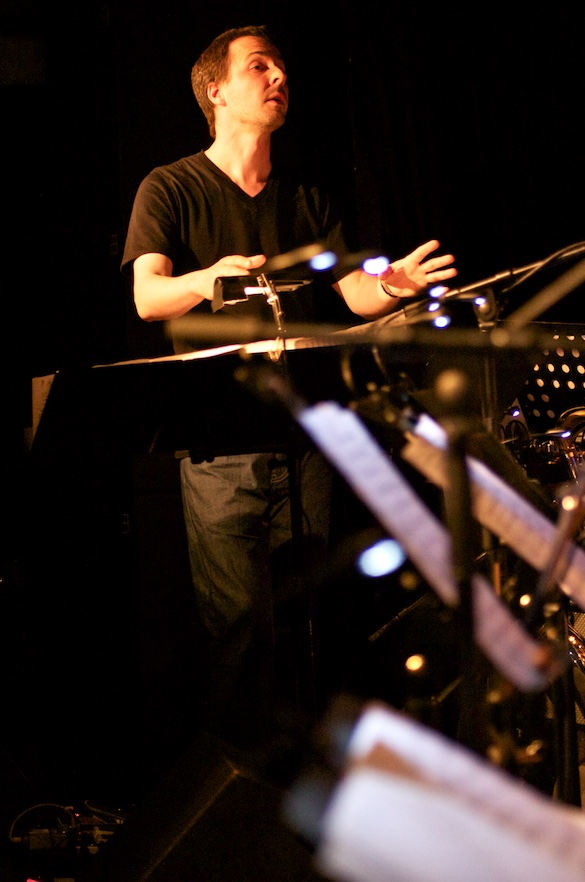 As a guitarist reared to the sound of Jimi Hendrix, King Crimson or Frank Zappa, Frédéric Maurin quickly abandoned a career as an engineer to devote himself entirely to music, pursuing courses in jazz and classical composition in parallel.

For 14 years Frédéric has composed and conducted the repertoire of Ping Machine, a 15-piece music ensemble that is today unanimously recognized as a reference on the new jazz scene in Europe. With this ensemble, he has developed singular music coming from an abundant and diverse imagination. Ping Machine is a state-regulated ensemble — through CERNI and DRAC Île-de-France/Ministry of Culture — with the support of SACEM, SPEDIDAM, ADAMI and the Region Île-de-France.
Largely influenced by musicians and composers ranging from György Ligeti to Steve Coleman, not to mention Charles Mingus, Meshuggah and Gérard Grisey, Frédéric Maurin has always endeavoured, in the extreme precision of his music writing — which questions not only the musical language but also the forms usually employed in jazz and other improvised music — to offer works whose core preserves an energy and generosity that allow a collective dive into a parallel world.

Apart from composing, Frédéric Maurin is also a guitarist who has appeared in a number of projects as a sideman, and for many years he has chosen to work closely with collectives in order to better the conditions in which the music he champions can achieve wider recognition. Between 2011 and 2017, he was the President of the Grands Formats Federation representing artists who play music in large ensembles or formats, a Federation that today represents 57 professional orchestras and more than 1000 musicians spread throughout France.