“Do you not think that there are things which you cannot understand, and yet are?”
(Dracula – Bram Stoker)

The show entitled Dracula is the first in ONJ history to be created especially for young audiences. Inspired by the legend of the world’s most famous vampire, Dracula is a hybrid creation that brings two actresses and nine musicians together onstage. Moving along the borders separating Good and Evil, Shadow and Light, the show’s title-character is a fantasy figure that haunts the imagination, creating fear and fascination in equal parts. The richness of the mythology surrounding vampires provides a wealth of material to take youngsters and adults alike into a world of mystery and magic, a world where questions of love and death, immortality and the ambivalence of desire all blend together. Creatively imagined thanks to the contributions of stage director Julie Bertin, actresses Estelle Meyer and Milena Csergo for the texts, and Grégoire Letouvet and Frédéric Maurin who wrote the score, Dracula draws from many sources of inspiration — in films, literature and music — to deliver a totally new take on a tale that explores (and plays with) the codes of a legend.

Diving into a universe where the modern world and a strange, distant past are echoes of each other, the Dracula and Mina characters, incarnated by two actresses, unfold an array of texts and music forming an immense emotional palette, one which also leaves room for the burlesque that surrounds their encounter and their quest. Nine musicians form part of the stage décor and incarnate valets whom Dracula has changed into animals: they have strange presences, both physically and in sound, and they continuously carry the tale’s thread, interacting with Dracula and Mina to control the atmosphere. The music, declined as a function of the spectators’ imaginations, brings whole landscapes alive, lending poetry to the different scenes through orchestral and harmonic colours that blend some striking new readings of styles inherited from classical jazz using a modern language ranging from contemporary music to jazz and progressive rock.

Situated between a tale with a musical narrative, opera and the theatre, the ONJ and its new Dracula invite us to discover a brand-new story where nightmares are set aside so that we can be carried away by the music. A unique moment for the whole family to share!

For all audiences from 6 years old.

With the support of the Centre national de la musique, Sacem, Spedidam and Région Ile-de-France. 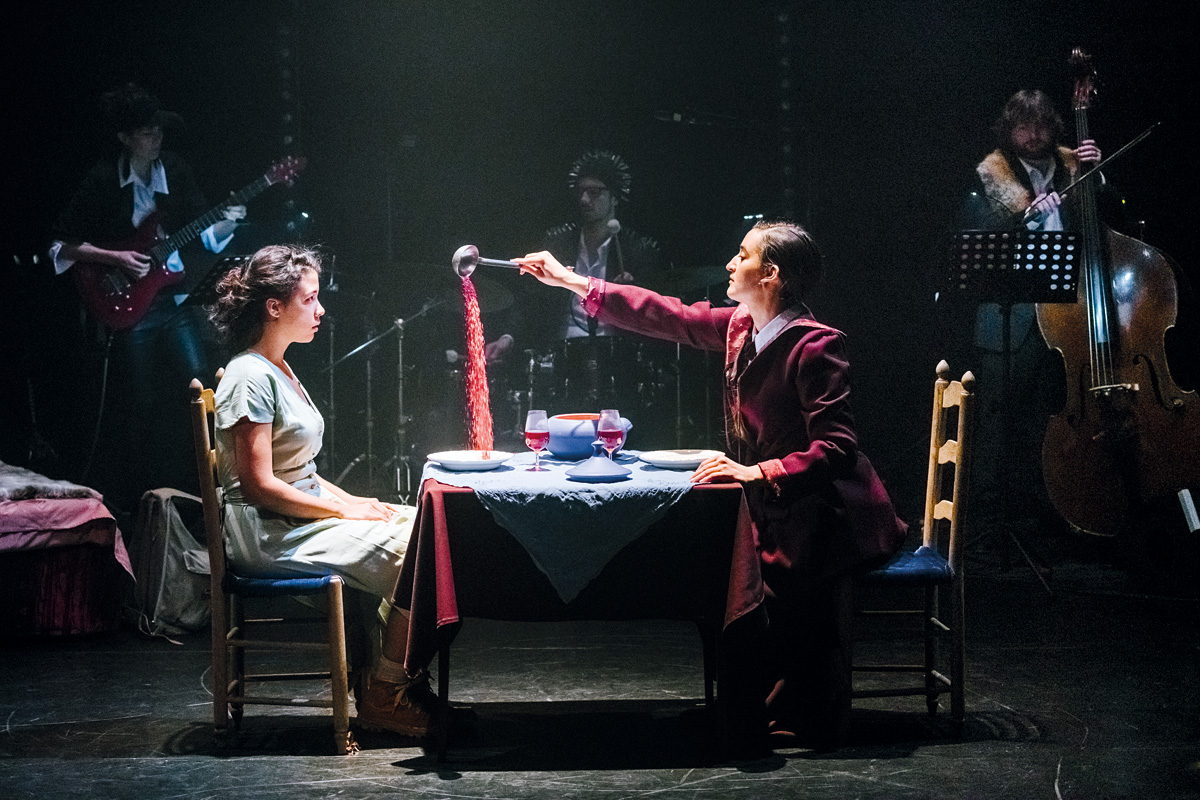